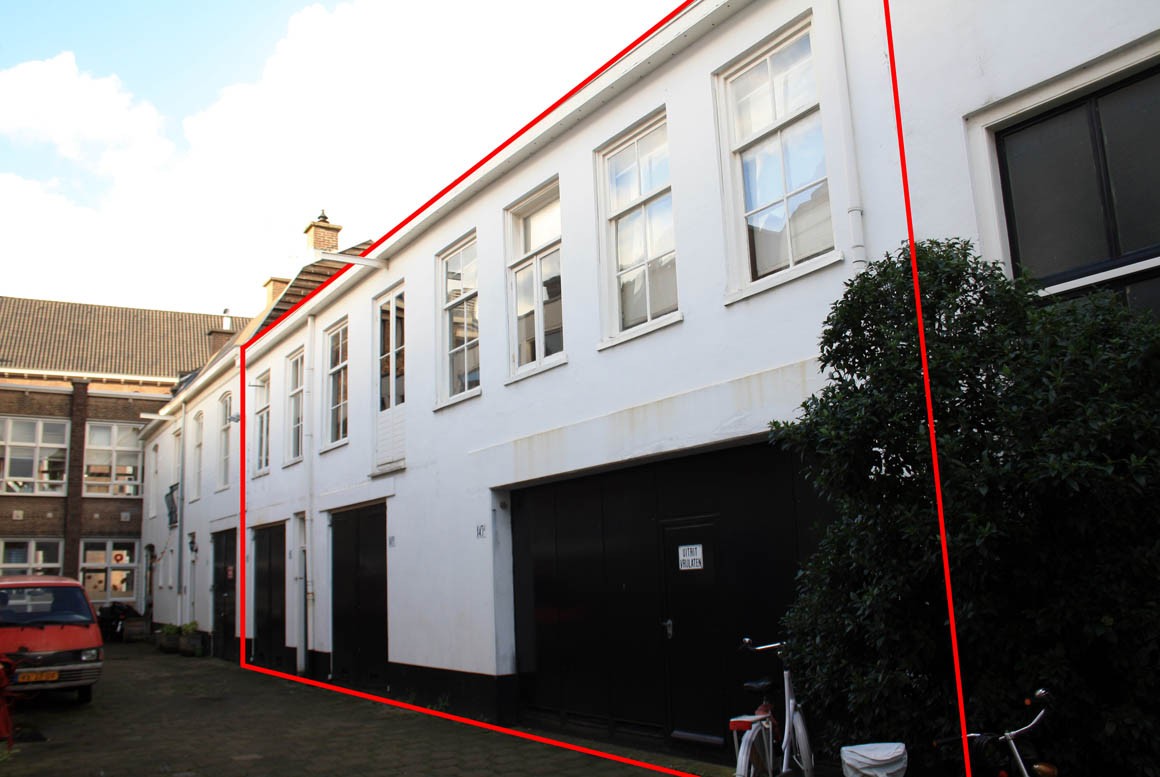 In one of the oldest streets in the Hague – Westeinde – we are working on the rehabilitation of three former mews houses, currently in use as workshops, storage and car park.

Although in bad condition and without listed monument’s status the building possesses a certain historic and architectural charm. We carefully maintained this spirit of the building that formed and changed during its existence – from the original simplicity of 19th century worker’s housing to the industrial feel of 20th century workshops – and added another layer to facilitate its new life of modern and comfortable 21st century city dwellings.

The project fits perfectly in studio suit’s portfolio of work that focuses on contemporary architectural interventions in existing buildings.

Very little is known about the history of the three small houses lining the hidden mews on Westeinde, but supposedly they were built as rental properties around 1850.

In the second half of the 19th century in the Hague many commercial mews were built to offer housing to an increasing number of labourers that moved to cities to work during the industrial revolution. The bad living conditions in these mews were infamous – residents paid very high rents for small homes without electricity and running water.

Compared with the rich town houses along Westeinde, mews houses were built with cheap materials and in a simple style free of ornamentation. The ground floor was used as horse stables or warehouse. People lived on the first floor with storage in the attic for firewood or peat.

In 1961, after a long period of disuse and neglect, the dwellings were deemed uninhabitable by the city council. The owner then rented out the ground floor spaces as car parks and altered the upstairs space to house his upholstery workshop. In that period also the dilapidated gable roof was removed and the openings in the façade were significantly enlarged to install garage doors. These changes unmistakably gave the building a more industrial look.

In recent years nothing much has changed. Lack of maintenance has led to serious deterioration of the building and it is hardly rentable. An all-encompassing renovation is required to save the mews houses from demolition.

We propose to change the legal building use class back from business/industrial to residential and convert the building to three modern dwellings.

The architectural intervention is strongly based on the building as found. We retain the character of the façade – the simple architecture of the 19th century mews house mixed with the industrial character of later additions and adaptations. We peel off defective and useless parts of the building and add a new and modern layer where required.

The change is not just subtle – from poor quality worker’s cottages to contemporary city dwellings. We use light and modern materials in an old and rough brick shell.

Building conversions are about connecting old and new, past and present, on the inside and outside. We aim to illustrate the building’s biography – from residential to industrial to residential again, from rough to sophisticated, from simple to modern.

We renew, transform and adapt to create contemporary healthy and comfortable live and work space for people.

Want to be in the loop on the latest regarding our work and whereabouts? Subscribe to our quarterly newsletter.

(Prospective) building owner with plans that need elaboration? Contact us now to arrange an inspiring get-together.